Emojis are already part of our day to day. Most likely, you will use them on your smartphone when you talk to other people or on social media. Our Windows 10 computer also gives us the possibility to use emojis, although many users do not know how they can access them. Although the reality is that it is much easier than many think.

A simple key combination is sufficient on the computer. Now that we have an emoji menu available in Windows 10. So we will be able to use the ones we need at all times in a simple way. How can we use them?

How to type emoji on your PC using Windows 10

It’s been a while since emojis were officially launched in Windows 10, although many users do not know it or have never made use of this possibility on their computer. Although the way to access them is really simple. We are only going to have to use two keys on the computer. 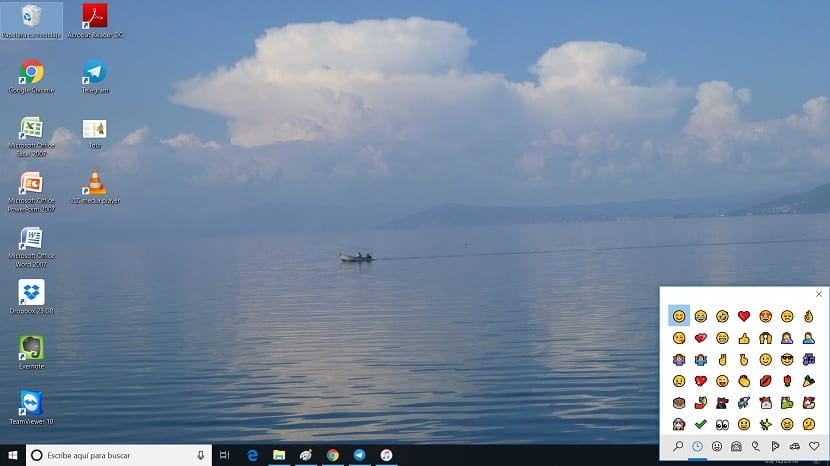 To access the emoji menu, which we can see in the photo above, simply use a key combination. We have to press the combination Win +. (Windows and the period key). By doing this, this menu opens in the upper right part of the screen with all the emojis we can use.

Now it is simply a matter of choosing an emoji that we are going to want to use. As in smartphones, we also have everything organized into categories, And Windows 10 gives us the possibility to use the search engine in it. So it will be much easier for us to find the one we are looking for.

As you can see, it is very easy to use emojis in the operating system. You will not have problems in this regard, and so, if you are used to using them, we also have the possibility of using them in Windows 10.

How to configure other users access to files and folders in...

How to join the Insider program in Windows 10

How to Make a Search Through a Website Without Open Actual...

How to use google maps without an internet connection

How to Take ScreenShot of Your Windows Screen?

How to Split Screens in Windows

How to remove metadata from videos in Windows 10 without installing...