Some time ago, from Microsoft, they decided to make the jump and launch the update to version 1909 of its popular Windows 10 operating system, also known as 19H2, or colloquially as Windows 10 November 2019 Update.

In this case, it is a new version released as a kind of Service Pack for the system, since the truth is that focuses on improving performance and fixing bugs from previous versions, which is why many have already installed it on their computers.

We already told you in his day about how to update to this version in a simple way because it brings advantages over the previous version. However, it is possible that for any reason, you do not want to install it on your computer, and this is where the problem comes since, in some versions, Microsoft is trying to force users to update to this new version.

The main problem with this update, and what is generating a lot of complaints among users is that, although until now Windows 10 version 1909 appeared as an optional update within Windows Update, with which it was the user who strictly decided whether to proceed to download and installing it or not, Now it turns out that if you have Windows 10 April 2018 Update (version 1809), the update will be marked as important, so if your computer has an Internet connection it will proceed to install it.

Despite the security risks of using an old version of the operating system, if you are currently on Windows 10 version 1809, and want to prevent your computer from updating to the latest available, say that there is no option such as such for it. In other words, since it is an update marked as necessary, your team will initially try to install it, and there is no official method to block the installation of it. 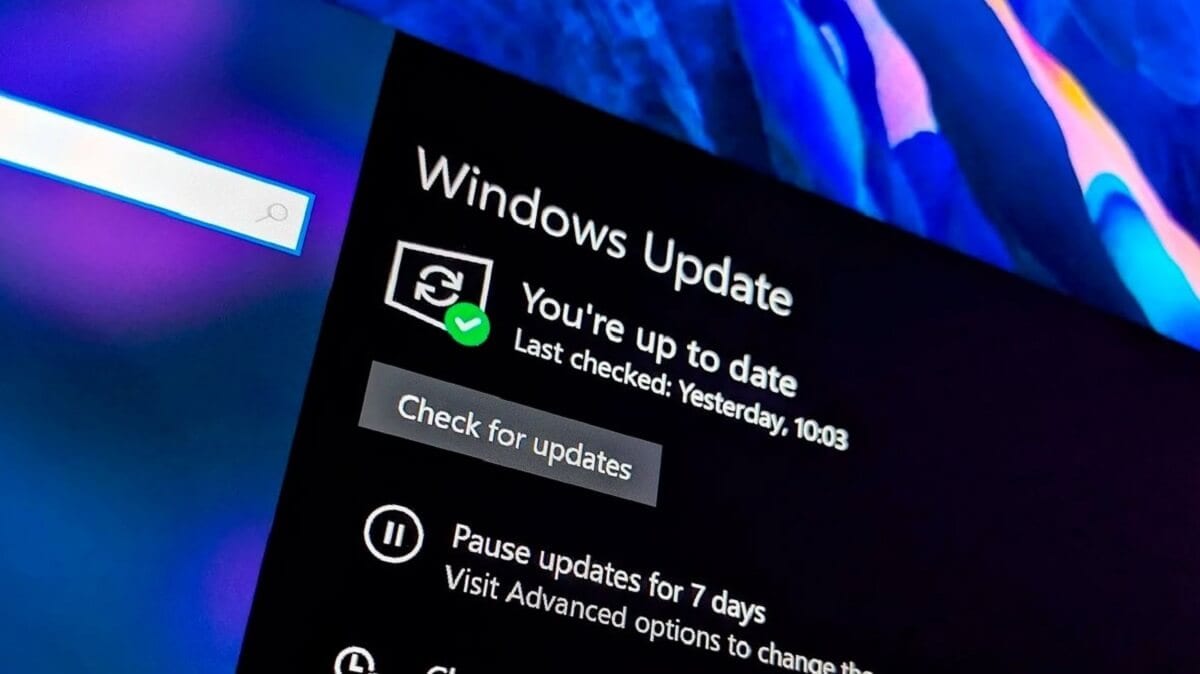 However, a very simple trick that is usually used is that of postponing the update for a long period of time. For this, what you must do is access the system configuration and, once inside, in the main menu, select the option “Update and security”. Then, in the Windows Update section, choose “Advanced Options,” and then, in the menu, you should see that being in a previous version, the option appears “Choose when updates are installed”.

In the most modern versions, this option has been somewhat difficult, but if you are in the April 2018 Update, you will have the option to select the semi-annual channel to receive updates as well as to postpone feature updates. You should choose 365 days, which will avoid discomfort for a whole year and ready.

Likewise, you should also bear in mind that the official Microsoft Support for this version will only continue to be active until May 2020, so once finished, you may have security problems when you stop receiving updates. In addition, it is also important that you do not access Windows Update, because if you do, it will start looking for the latest updates and will force the download.

On the other hand, if your computer has installed the version released in April 2019 of Windows 10 (1903), you will have it easier because at least for now, Microsoft is not forcing the update. Instead, it’s launching it as an optional update for computers, so only if you intentionally access Windows Update from your computer’s settings will you see it as pending to download.

Thus, You will be the one to decide whether to install this new version or not, since you will have to access it manually. And most importantly, even if you find it when checking for updates, at least for now, Windows shouldn’t also download it automatically, giving you more control over your computer.

How to Quickly Restart Google Chrome & Release RAM Instantly Without Closing Any Tab?

How to disable Windows Defender in Windows 10

How You Can Pin Your Favorite WhatsApp Contact on the Top?